The Shoreline Aquatic Club is a USA Swimming team that is committed to developing, inspiring, and empowering its athletes in a competitive
environment.

The Shoreline Aquatic Club (SLAC) is a USA swim team that is for the swimmer interested in a higher commitment and the next level of competitive swimming. Our mission is to inspire, empower, and motivate our athletes to perform at their highest level.

SLAC competes in USA Swimming sanctioned meets and trains at the Madison Raquet and Swim Club (MRSC) in Madison Connecticut. Team members will also be members of the MADMarlins swim team at MRSC  and will compete in two MADMarlins dual meets and Yankee League Trials.

Jen Lyman is the Head Coach of the Shoreline Aquatic Club.  Coaching for 20 years involving USS, high school and collegiate levels, Lyman carries a wealth of experience, knowledge and passion for the sport. In 2016, Lyman, and Associate Coach Christina Forristall started the Shoreline Aquatic Club (SLAC) to provide the opportunity to offer a higher level of competition along with a higher level of training.

Christina Forristall has been coaching for close to 10 years at the Madison Racquet and Swim Club as Head Coach of the MadMarlins Swim Team. Starting the MadMarlins initially as a summer league team, she quickly developed the team into a year round competitive program in 2008 joining the CT Yankee League. The program, which began with a handful of swimmers, has now grown to over 85 participants. In the 2015 and 2016 Short Course season the MadMarlins won their Yankee League Division and also won the 2016 Connecticut Private Summer League Championship. 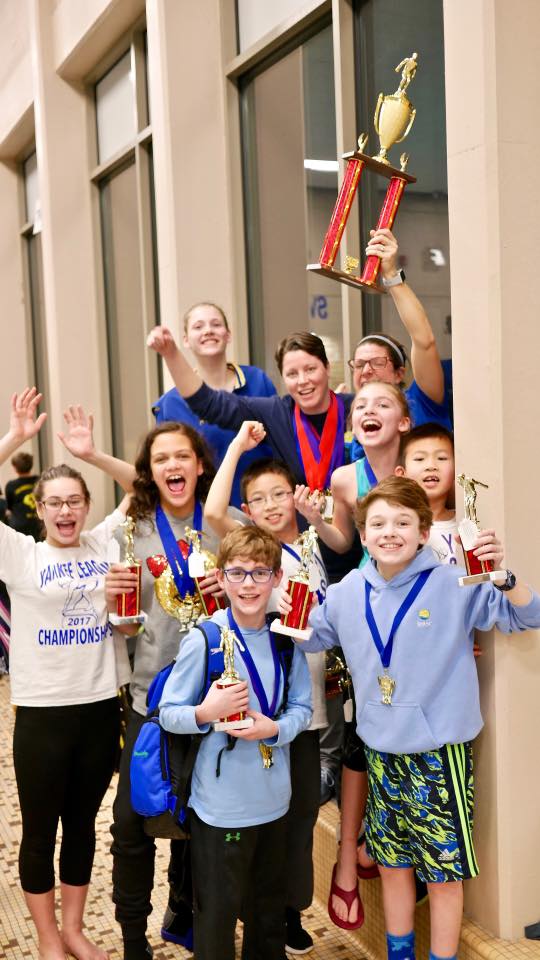 Molly has been coaching USA Swimming programs for 7 years and has coaches with SLAC for the past 2 years.  Prior to her coaching experience, She has been long involved in the sport having been a USA swimmer herself as well as a high school and collegiate swimmer.  Molly enjoys working with novice and age group swimmers teaching them the technical aspects of swimming while at the same time helping them discover a passion and love for the sport.

Tim Landon Assistant Advance/Senior Coach and has been coaching professionally since 2015. A lifelong swimmer, Tim was a member of both the Valley Shore YMCA Marlins (2001-2008) and Central Connecticut Aquatic Club (2008-2010) where he was a two-time Sectionals Qualifier.  He attended Franklin and Marshall College (2010-2014) where he was a Four-Year Athlete, and Captain his Senior Year.  He is a Five-time Centennial Conference Medalist, setting a Pool Record his Freshman year in the 400 IM.  He graduated in 2014 with a degree in Classical Archaeology and Ancient History and Minor in Anthropology.   In 2015 he decided to return to swimming and accepted a position coaching at the Valley Shore YMCA.  He became the Head Senior Coach, where he helped Valley Shore achieve a number of new team records, Age Group Qualifiers, and Senior Cuts, as well as multiple Zone Qualifiers.  He is excited to start his new position at SLAC and is looking forward to contributing to such a competitive program.

If you are interested in joining a program to help you challenge and develop your abilities, let us know. We would be happy talk with you and help you reach your individual goals.